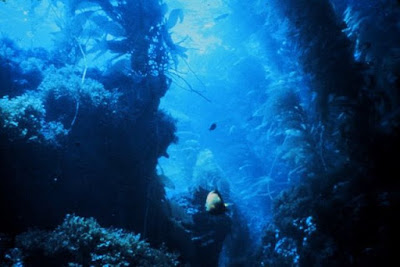 There are more than  300,000 species  of plants on earth. Around 90% of them are flowering plants. The  three most abundant members  of plant families are the sunflower family (24,000 species), the orchid family (20,000 species), and the legume family (18,000 species). These three families comprise around   25% of all the flowering plant species  on earth.  ( Source ) Plants can survive  low-level radiation . Few plants survived and grew near Chernobyl ( Ukraine ) after the nuclear disaster in 1986, thanks to the adoption of necessary changes in their inner structure. ( Source )   About 80,000 plant species are edible . But currently, only 150 species are cultivated for human and animal food. ( Source ) Tropical rainforests cover 7% of the earth’s land mass but contain nearly 50% of all known plant species. Plants in these forests are the source of 120 prescription drugs for diseases such as cancer, leukemia, heart problems, malaria, glaucoma, arthritis, etc. So far, scientists hav
Post a Comment
Read more 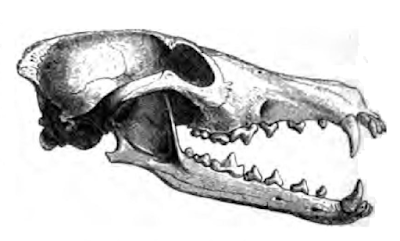 The Ethiopian wolf is a canine native to Ethiopia. It is solely present in six or seven isolated areas of the Ethiopian highlands . Their highest population is in the Bale Mountains. These wolves have several other names due to their similarity to other canids. These include the Abyssinian wolf, Simien jackal, red jackal, and Simien fox. Unlike many other canids, the primary food of Ethiopian wolves is small rodents , particularly the common grass rats and giant mole rats. They occasionally hunt in groups for large prey like hares, lambs, geese, and young antelopes. The Ethiopian wolf is the most endangered canid , with a population of around 500 individuals. The primary reasons behind its low population are hunting by humans, habitat loss, and hybridization with domestic dogs. ( Source ) The habitat of Ethiopian wolves includes grassland, shrubland, and rocky areas. It lives on mountains above 3,000 feet. Ethiopian wolves are one of the 190 mammal species that suffer from rabies
Post a Comment
Read more 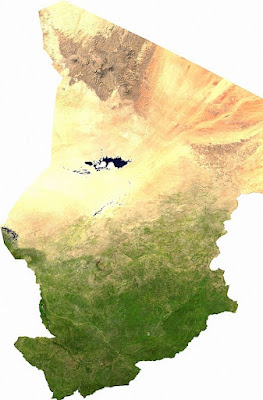 Chad is a landlocked country in north-central Africa . Its area is the fifth largest in Africa. Chad is the  largest landlocked country  in Africa and the 3 rd  largest in the world after Kazakhstan and Mongolia . Chad is named after Lake Chad , one of the most prominent wetlands in Africa . Some part of this lake is also present in Chad’s neighboring countries. Climate change and the increase in population have reduced 90% of the lake since the 1960s. Lakes of Ounianga, a UNESCO world heritage site, are a combination of 18 permanent lakes in two groups, present inside the desert . There are both saline and freshwater lakes that support varying organisms. They display green, blue, and red colors due to the reflection of various chemicals. Chad was the place to discover the  oldest skull of a hominid  (member of the human family) in 2002. According to estimates, this skull is more than 6 million years old. ( Source ) Chad has the  worst quality roads  among 141 countries in the world.
Post a Comment
Read more 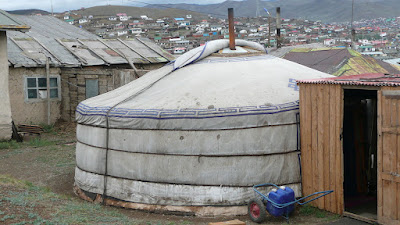 Mongolia is a landlocked country in East Asia, which shares borders with Russia on the north and China on the south. A narrow strip separates the central Asian country Kazakhstan from Mongolia. Mongolia is the most sparsely populated sovereign country in the world. Its population density is just over two people per square km. ( Source ) Mongolia is the second largest landlocked country after Kazakhstan . Its land area is more than 600,000 square miles. Mongolia experiences the long cold winters , while the short summer season remains very hot in some areas. Nearly 75% area of Mongolia is pastureland. The Gobi Desert is in the southern part of the country (Mongolia shares this desert with China), and the remaining is forests . Only a small portion of the country is suitable for crop growing. Ulaanbaatar is the Mongolia’s capital city . Nearly 50% of the Mongolian population resides in the capital. Mongolia’s capital, Ulaanbaatar, is the world’s  coldest capital city . Its average an
Post a Comment
Read more 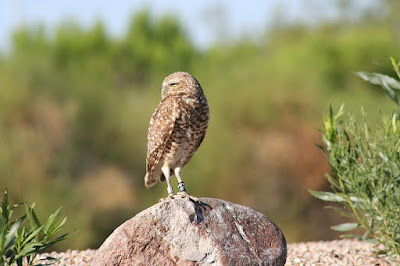 Burrowing owls are small birds with long legs . They are one of the smallest among owls. Burrowing owls are native to the Americas , ranging from Canada in the north to the southernmost part of South America . Their habitat includes deserts , grasslands, and treeless plains. Burrowing owls usually live in burrows abandoned by other animals , including prairie dogs, ground squirrels, and tortoises. If there are no natural lairs, these owls can also use pipes, tubes, and other artificial places for nesting. They rarely dig their burrows. Burrowing owls are the only birds of prey in North America that nest underground. Burrowing owls have the  highest tolerance for CO2  among euthermic birds . This feature assists them in living inside burrows with high levels of CO2. ( Source ) Burrowing owls usually hunt during  dusk and dawn . It is different from most other owls with nocturnal behavior. Therefore, they are more visible than other owl species.  Burrowing owls primarily use their long
Post a Comment
Read more

- November 18, 2022
Horseflies are flying insects belonging to true flies . Their closest relatives are deer flies, which are smaller than horseflies. There are nearly 4,500 horsefly species . Their size varies according to species, from a housefly to a bumblebee. The horsefly is one of the fastest-flying insects . Its estimated fastest flying speed is 145 km/h. ( Source ) Male horseflies feed on the nectar, honeydew, and pollen of plants . Females also drink nectar but need blood for reproduction. Only females have mouthparts that can break the skin. Female horseflies usually drink blood from horses , cattle, and other large mammals, including humans. They select dark-colored moving animals through the CO2 they exhale. Horseflies attack darker animals (black or brown) under sunlight . It is because their wing muscles and nervous system work efficiently in high temperatures and on warmer bodies. They avoid shady areas and light-colored (white or beige) animals . ( Source ) Horseflies have large, bright,
Post a Comment
Read more 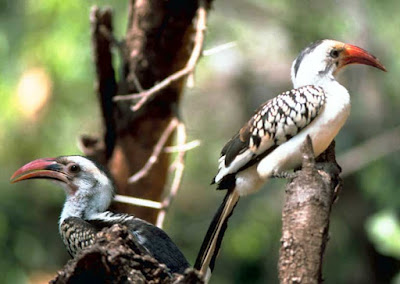 There are nearly 60 species of hornbills. They are present in the tropical areas of Africa, Asia, and Oceania. Hornbills have extra long, curved bills. However, the most distinguishing feature in several species is the casque (helmet) above their beak. Unlike other birds with three-lobed kidneys, hornbills have two-lobed kidneys . Their kidneys contain anterior and exterior lobes but no middle lobe. ( Source ) The bill and casque in hornbills apply much pressure on the neck. Therefore, their first two neck vertebrae join together to support this weight. Like many other birds , the  long beaks  of hornbills assist them in getting rid of extra heat in warm climates. The thermoregulation of hornbill beaks starts functioning at air temperatures above 30 C. ( Source ) Several hornbill species have  bright orange-red  beaks and casques. It happens due to secretion from a gland. The bird rubs the beak beneath its tail, stimulating a gland that releases orange-red oil. Yellow-casqued hornbi
Post a Comment
Read more 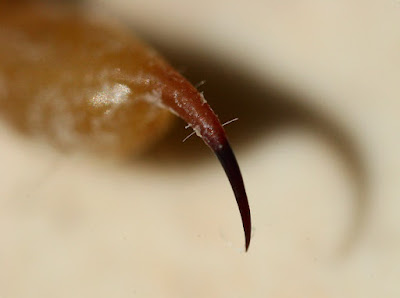